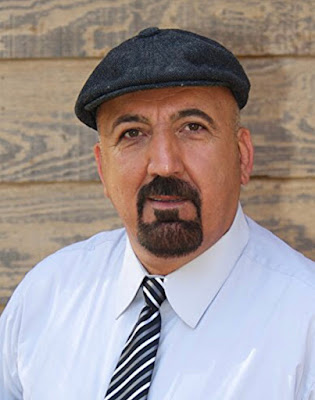 As a young man, Sam lived throughout the Middle East where he learned many languages and Arabic dialects including Egyptian, Khaliji, Yemeni, Lebanese, Moroccan, Saudi, Farsi and Dari/Pashtune. Soon after his high school graduation, his family moved to Greece. There, he learned a new culture and language, and soon moved to the United States. He grew up in Detroit, Michigan where he received an A.A. degree in Liberal Arts from Wayne County Community College. Then he was off to California where he earned in B.A. in Motion Picture and Television Production from California State University Northridge.

Weam Namou, Pomegranate’s writer-director said, “Having worked with Sam in the past, I’m thrilled that we have teamed up to work on another project, Pomegranate. As a Casting Director, Producer, and Middle Eastern Consultant, Sam is incredibly important to our film. His role will require a great deal of care and attention and vast amounts of knowledge which, given his decades of working with major studies in Hollywood, will definitely help us realize our film’s vision.”

Pomegranate is a dramedy by writer-director Weam Namou, based on her childhood experiences immigrating from Iraq to the United States, and then as an adult living through the presidential election of 2016. Consequently, Pomegranate is the story about how, in the weeks before the election of Donald Trump in 2016, a young, politically liberal, Iraqi Muslim immigrant struggles to find her footing in a neighborhood of well-to- do, politically conservative, Iraqi Christians, while battling her family’s fears of deprivation and demands of loyalty to Muslim traditions.

Pomegranate Pictures, LL is owned and managed by Weam Namou, who wrote the screenplay and will direct the movie. She is working together in association with Buffalo 8 Productions (Santa Monica, CA) to produce the movie.